The hijack of EgyptAir Flight MS181 on Tuesday morning was the desperate act of a lovelorn man rather than an act of terrorism, the Cyprus president has said.

Egyptian state TV had earlier named Ibrahim Samaha as the hijacker, saying he chose to land the Egyptian aircraft at Larnaca airport, Cyprus, in other to meet his ex-wife. But Samaha, a professor of veterinary medicine, contacted the media to say he was also one of the hostages taken on the plane – not the hijacker.

Cyprus has, however, revealed that the true hijacker is Seif Eldin Mustafa, who is requesting for the release of a female prisoner. 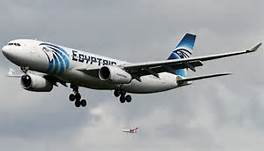 The EgyptAir plane was hijacked while flying from the Egyptian Mediterranean coastal city of Alexandria to the capital, Cairo, but was forced to land in Cyprus, following a bomb threat by the hijacker.

Nicos Anastasiades, president of the island country, insisted that the standoff was not a case of terrorism, but of love, saying: “It’s all to do with a woman. We are doing everything to release the hostages.”

According to the Cyprus Broadcasting Corporation, via Reuters, the hijacker has now made a political demand: the release of some unspecified female prisoners in Egypt.

Mar 29, 2016
ProfRem
P
P
World Egypt Air: What We Know So Far About The Missing Flight