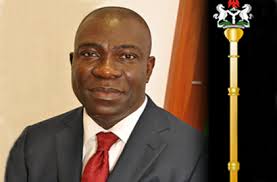 VANGUARD reports that those visited include, Femi Fani Kayode, Bala Mohammed and Dr. Reuben Abati. Abati was granted bail by the the Economic and Financial Commission (EFCC) shirtly after the visit.

During the visit, Ekweremadu reportedly told the detained past officials that they were paying same price of leadership paid by past leaders who were detained on different occasions in the leadership quest for the country.
Share:
Facebook Twitter Reddit WhatsApp Email Link
[1367]
Show hidden low quality content