Have you considered which team to bet on at EURO 2016? With just 2 days to the start of tournament, it’s high time you decided which team to stake your money to take home the trophy at SportyBet.com, the only sports betting website endorsed by Kanu Nwankwo. 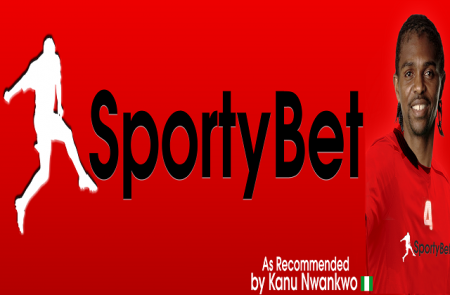 With a star-studded line-up led by in-form midfielder, Paul Pogba and haven proven their historic home advantage by winning World Cup 98 and Euro 84, it is no surprise that this year’s hosts France are the SportyBet favourites with odds of 4.00.

Germany, reigning World Champions never tend to start very well in the last edition, playing a draw to Ghana and only defeating Algeria after extra time in World Cup 14. However, the Germans are great performers under pressure and excel at tournaments. SportyBet’s odds of 4.40 look generous.

England this year parades the strongest team in recent years and history of the EURO tournament. Prolific scorers, Vardy and Kane are a powerful and pacy partnership that could earn the Three Lions a success. And with Ross Barkley and Dele Alli, two players of Nigerian heritage in the squad, Nigerians will have even more reason to get behind England, who are priced at 9.00 by SportyBet.com

Belgium are priced at 11.00 by SportyBet.com and are a great betting option for the neutral punter, looking for value. With world-class talent like De Bruyne and Hazard, who has just started to show his form again, anything short of the semi-finals will be a disappointment within the Belgian camp.

As for Portugal, football is a team sport and Portugal’s modern day reliance on Cristiano Ronaldo is too great for them to reach the last stages of this tournament as factored in by SportyBet who have priced them at 20.00.

Finally my tip for the winners of Euro 2016 – Spain, who have been priced by SportyBet at great value odds of 6.50 to win the tournament. The Spanish may have been humiliated at World Cup 2014, but they are ready to bounce back with their squad of experienced players, who have become used to winning at this level - Andres Iniesta, Cesc Fabregas and David Silva have over 300 caps between them and all double European Championship and single World Cup winners. With De Gea or Casillas in goal and Pique / Ramos as their centre-half pairing, the Spanish also have the defensive strength to complement their renowned attacking flair.
Share:
Facebook Twitter Reddit WhatsApp Email Link
[4607]
Show hidden low quality content