FREE Nigerian Business Directory
✅ NEW - get your business listed and your information shared across social media.
Ad
Femi Falana, Lagos based human rights activist and lawyer has written the Speaker of the House of Representatives, Yakubu Dogara, urging him not to support current moves by the Senate to amend the Code of Conduct Act (CCT).

Describing the move as ‘unconstitutional’, Falana, in a letter titled: ‎”Re: Proposed Amendment of the Code of Conduct Bureau and Code of Tribunal Act by the National Assembly‎”, said coming at a time the Senate President, Bukola Saraki, has a case with the CCT, the move can be best described as “hasty, insensitive, suspicious, self-serving and opportunistic.” 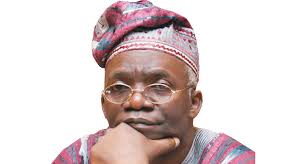 Among other things, Falana argued that to the extent that the proposed amendment was designed to serve the interests of an individual violates section 4(2) of the constitution, which empowers the National Assembly to make laws “for the peace, order and good government of the Federation or any part thereof...”


The Senate passed the CCT Amendment bill for the second time last week, barely 48 hours after its presentation by its sponsor, Senator Peter Nwaoboshi.
You must log in or register to reply here.

Apr 20, 2016
abujagirl
A
A
Politics Falana Writes to House of Reps - Do Not Investigate Jibrin