Politics Fayemi is Awolowo of our time, says Ado-Ekiti monarch- The Sun

From the Ewi of Ado-Ekiti, yesterday came an endorsement of the re-election bid of Governor Kayode #Fayemi. The royal father’s endorsement was on the heels of the manner Fayemi transformed Ekiti State. He therefore, described him as “Awolowo of our time”.

The Ewi of Ado-Ekiti, Oba Rufus Adeyemo Adejugbe, described the first four years of the #AllProgressivesCongress (APC) candidate as “remarkable, unprecedented and unforgettable in the history of the city and the entire state.” He compared his strides in Ekiti to those witnessed during the tenure of the late sage, Chief Obafemi #Awolowo, as premier of the old Western Region. 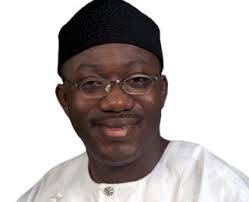