The Federal Government is compiling details of the sponsors of terrorist group, Indigenous People of Biafra to give to the French Government account, PUNCH has gathered.

A very senior government official, who pleaded anonymity told PUNCH that the Federal Government had reached out to France, explaining that it did not accuse the country of being the sponsors of Biafra but that a large transfer of funds were made regularly from France to IPOB in Nigeria.

It was learnt that the Federal Government had asked the Nigerian Financial Intelligence Unit and the Central Bank of Nigeria to compile the needed information on the sponsors and it hand it over to the French government. 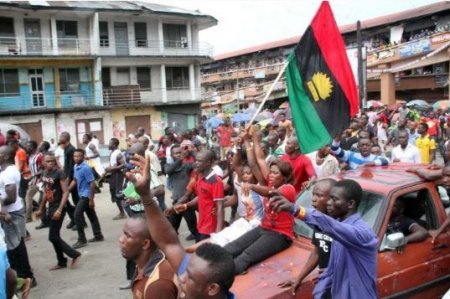 The government will also write the Special Control Unit against Money Laundering, which is tasked with the mandate of supervising, monitoring and regulating Designated Non-Financial Institutions as regards compliance to Nigeria’s Anti-Money Laundering and Combating the Financing of Terrorism.

According to the government other countries from which IPOB also received huge cash inflows include: Turkey, Senegal, Malaysia, Hong Kong, United Kingdom and the United States.

The operative said reports would also be given to the aforementioned countries.
PLACE YOUR ADVERT HERE
Connect with people interested in education, social, crime and health News!