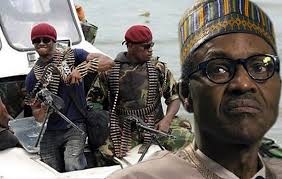 Piriye Kiyaramo, an officer in the Amnesty Office said: “Two months of the ex-militants stipends were paid yesterday…The rest of their stipends will be paid later in batches by (central bank) CBN”.

He said the paid stipends covered August and September.

- Reuters
You must log in or register to reply here.