The country, at the moment, has 37 billion barrels in its reserves, according to data given by the Department of Petroleum Resources (DPR).

The tripartite agreement between the Nigerian National Petroleum Corporation (NNPC)/FIRST Exploration & Production Joint Venture and Schlumberger for the development of the Anyalu and Madu fields in the Niger Delta, was signed in Abuja to, among others, boost the country’s crude reserves.

Under the agreement, Schlumberger would provide the over $700 million development cost of the Anyala and Madu fields, which would generate 193 million barrels of crude oil into the current reserves of 37.2 billion barrels and an additional 800 billion cubic feet of gas into the nation’s proven gas reserves which currently stand at 197 trillion Cubic feet of gas.

In terms of daily production, the fields will, according to a statement by the NNPC, yield 50,000 barrels of crude oil per day and 120 million standard cubic feet of gas per day by early 2019.

Speaking at the signing ceremony, Group Managing Director of the NNPC, Dr. Maikanti Baru, said the innovative approach to funding JV operations in response to the challenging economic environment was novel and aligned wholly with the government’s aspiration to increase crude oil and gas production, reserves growth and monetization of the nation’s enormous gas resources.

“Apart from serving as a test case for future funding mechanism, the approach adopted was in sync with the realisation of the corporation’s 12 Business Focus Areas (BUFA) which is to ramp up crude oil production and reserves growth, amongst others,” Baru was quoted in a statement issued by NNPC’s Group General Manager, Group Public Affairs of Division, Ndu Ughamadu. 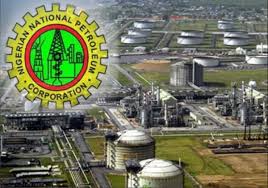 Managing Director and CEO, FIRST E&P, Ademola Adeyemi-Bero, who signed on behalf of FIRST E&P, remarked that the partnership between the NNPC/FIRST E&P JV and Schlumberger would infuse a novel asset development model which combines FIRST E&P’s local knowledge and market position as an indigenous operating company, with Schlumberger’s financing and broad technical capabilities.

On his part, Patrick Schorn, Vice President, Schlumberger, who signed on behalf of Schlumberger, traced the advent of the multinational oil fields service company in Nigeria to the first commercial oil find in Oloibiri when Schlumberger played a role in Shell’s drilling effort.

He noted that the partnership with NNPC and FIRST E&P would provide Schlumberger the opportunity to leverage on its reservoir knowledge, oilfield services and project management expertise to lower development costs and maximize value for the partners.

The OMLs 83& 85 are located in shallow waters 40 km offshore in the Niger Delta. NNPC holds 60 per cent interest in the licences while FIRST E&P, the operator of the JV, holds the remaining 40 per cent interest.
C

Are you serious
C