Fixing The Naira, The Soludo Solution

The Nigerian naira has been the major talk of the town as the currency gained heavily within a week after losing over 100 per cent in 2016.

In an intriguing article on The Guardian Newspaper dated 26 February 2017 and titled: “Saving The Naira, The Soludo Option”, the writer, Dan Agbese discussed about the intellectual capacity of economists of yesteryear and how they battled the naira in an emerging Nigerian economy.

In the article he explained how the late Professor Sam Aluko, who was the chairman of the Newswatch Board of Economists set up periodically meetings examine national economy and how board met twice annually – after the federal budget and six months into its operation.

The article reads in part: "At one of our board meetings, Aluko told us some of his former students working at the World Bank and the IMF confided in him that the ultimate objective of the Bretton Woods Institutions was to see the Naira exchange at 500 to the dollar.

We laughed it off. We found it hard to believe and must have collectively sighed: it is not the portion of our currency in the mighty name of Jesus. At that time the Naira was exchanging at less than 50 to the dollar, in spite of its buffeting by the vagaries of the structural adjustment programme. We squirmed at the thought that our national currency would take such a beating. There is something nightmarish about a battered national currency. It is an elementary fact that when you batter a country’s currency, you batter the national sense of pride attached to it. We simply feared to take in the unpleasant fact or see the distant but looming shadow.

It has come to pass. Poor Naira. As of this writing, the Naira was exchanging for N506 to the dollar. Aluko to is no longer with us to say I told you so. I know he would have wept for our country. How awfully sad. How truly sad. Many other African currencies are today stronger than the Naira, the national currency of a nation that was once its brothers’ keeper on the continent. Will our currency hit the very bottom like the Zimbabwean dollar? Ask the malams who deal in currency exchange.

The Naira has had a long history of greatness. And of progressive weakness. In the second republic, it was hawked openly in London, New York and other big Western cities. Its purchasing power was unmatched by any other African currency. Nigerians were the crowned princes of profligacy.

The keepers of the world economic flame felt that the Naira was too strong for its own good. It was two and half times stronger than the almighty green back, the dollar. I suppose the fact that a third world currency was so strong rankled and the plot to cut the uppity Naira down to its size began, as evil plots do, its slow, steady and inexorable process of thickening.

The changing fortunes of the Naira mirrors our fitful rise towards greatness only to fall back to the banks of the gutter. The Naira is a victim of economic experiments that failed to pull it through the woods. What to do with the Naira essentially brought about our rejection of the $2.5 billion bridging loan the Shagari administration was negotiating with the IMF/World Bank in the Second Republic before his regime ended three months into its second four-year term. One of the conditions the fund attached to the loan was that Nigeria must devalue the Naira. President Shagari found this positively abhorrent. He rightly feared that a devaluation of the Naira would possibly put the country in the same league with say, Turkey or Brazil. That would not, to be fair, a credit to his competent management of the economy.

The fear of devaluing the Naira forced President Ibrahim Babangida to reject the IMF/World Bank conditionalities and opt for home-grown alternatives that would be, arguably less painful for the citizens and less traumatic for the national currency. The general then chose the economic path never taken before in the country. He introduced the structural adjustment programme, with the unfortunate acronym of SAP. Its structural philosophy was aimed at curing the main weaknesses of the economy, the biggest of which was the country’s import-dependence. The pains came and trauma battered the Naira. 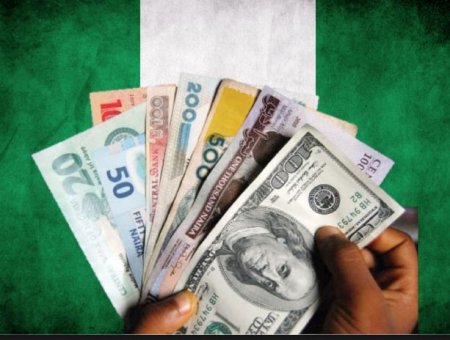 Under the programme and on the advice of the keepers of the global economic flame, the Naira was set free to struggle with market forces and find its own true value. An unusual economic experiment whose wisdom appeared frayed in the SAP morning. Nothing has ever been right or the same for the Naira. It is yet to find its correct value more than three decades later that would be acceptable to the gurus who believe it is not right for the currency of a middling third world country, even if that country is home to the largest black population in the world, to have such a strong national currency. In its current state, the Naira has lost its capacity to hold our economy together as it faces the battering ram of recession.

In the early years of SAP, the Babangida administration believed it was the missing key to our economic paradise, hence its stout argument that there was no alternative to it. At one of our board meetings, Aluko mocked that slogan and put up a counter-argument, to whit: there is an alternative to everything, including death.

I heard it repeatedly argued then that the ordinary Nigerians were not complaining of the exchange rate because it meant nothing to them. They imported nothing and had no appetite for exotic foreign food such as long grain rice. On the other hand, the elite complained because their cultivated taste for foreign food had been confronted with the eba alternative.

Does anyone still doubt that the battering of the Naira is as much of concern to the elite as it is to the ordinary Nigerians? Common home-grown vegetables are priced in our local markets in response to the weekly beating the Naira is subjected to. This is not pleasant.

I am not sure if this is an ode to the Naira or a funeral dirge. As I see it, the Naira is a victim of economic experiments that lost their magic wand. I believe we can find a more creative formula for saving the Naira. The floating formula has not worked because with so much Naira chasing so few dollars every week it is patently unwise to expect the Naira to find its own value. If it has not done so for nearly four decades, what makes us think it would now? The answer is to revalue the Naira. Professor Charles Soludo saw the wisdom in that but it cost him his high profile as governor of the Central Bank of Nigeria. Let us revisit the Soludo formula. It may save the Naira and make some sense of our unruly economy.

It would only get worse for our national currency and our national economy if we have no alternative to letting the Naira continue to float in search of its true value. This option must have been wise some three decades ago but it seems to me that the wisdom has run its course. We are all groaning because we go to the market with a large quantity of Naira only to return with almost an empty basket. It is change all right. But it is an undesirable change".

Meanwhile, Nigerians believed that rebasing the Naira, following the Ghana way will practically not solve the problem as the purchasing power will remain same.

For instance, to rebase a naira at $1 = N5 by truncating two zeroes off Naira equivalent digits.