FREE Nigerian Business Directory
✅ NEW - get your business listed and your information shared across social media.
Ad
The National President of the Oodua People’s Congress, Chief Gani Adams, has reacted that the Federal Government must hold talks with the Movement for the Actualisation of Sovereign State of Biafra and others agitating for Biafra for peace to reign.

According to Adams, it is only through dialogue that the agitators can be made to drop the idea of a Biafra state; as the use of force is incapable of guaranteeing the unity of the country. 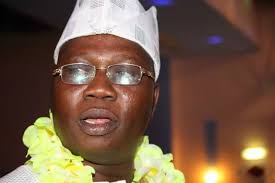 The OPC leader spoke about the agitation and the clash between the Nigerian Army and the Islamic Movement of Nigeria in Osogbo after he was honoured as a culture ambassador by the Nigeria Union of Journalists Correspondents Chapel, Osun State.

Adams condemned the killing of members of the Islamic Movement of Nigeria by soldiers in Zaria.