Heavy Rioting In Liberia as Citizens Protest Against Ebola Quarantine

Serious riots have been broken out in Monrovia following an announcement by President Ellen Johnson-Sirleaf that there will be a 9pm to 6am nationwide curfew to help contain the deadly Ebola outbreak.

The President also put a slum at West Point under quarantine.

Reporting on the riot, FrontPageAfrica wrote, Heavy rioting is taking place in Monrovia as Liberian army troops and residents in the slum district of West Point clash, less than 24 hours after President Ellen Johnson-Sirleaf announced a 9pm to 6am curfew and other stringent measures to contain the deadly Ebola outbreak.

FrontPageAfrica reporters on the scene say, some angry residents of West Point stoned security officers at the West Point LEC entrance as they attempted to enforce a quarantine and rescue the area’s district commissioner.

“West Point locked down with heavily armed men, Police have taken over Ashmun Street and everybody running away,” a FrontPageAfrica reporter on the scene said. 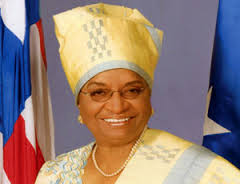