The Director-General, National Agency for the Control of AIDS (NACA), Prof. John Idoko, said in an interview with newsmen on Thursday that N262 billion would be spent to combat HIV/AIDS in the next two years.

He said that 80 per cent of the money would be used to buy drugs, test kits, condoms and reagents for conducting tests at the clinics and put more people on drugs.

The director-general explained that the Comprehensive Response Plan was aimed at ending AIDS in Nigeria by 2030.

"If we do all these, the virus would be suppressed from many people living with HIV in Nigeria.

``When we attain this suppression, people living with HIV would not transmit the virus despite the little presence of the virus in some organs of the body.''

``We have a toll free line 6222 on Airtel and Etisalat for anybody, anywhere to report the sharp practice experience at any of our redemption centres.

``As soon as we have the report we would act promptly.

``We don’t want people not getting the drugs in this disease; we want the people to take the drugs 95 per cent of the time. Anti-Retroviral-Vaccine (ARV) is free,'' he said.

Idoko attributed stigma and discrimination as part of the reasons for the sharp practices at some places. 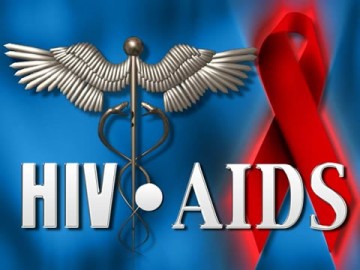 General Health First-of-Its-Kind HIV Therapy Kicks The Virus Out of Hiding, And Then Kills It – ScienceAlert