A member of the family, who confirmed the development, said it was “only God” that saved the life of the 82-year-old politician.

According to the theCable, the heart condition was accidentally discovered when the former minister of works and housing was preparing to return to Nigeria after a visit to the UK. 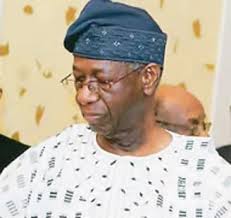 He was said to have complained of “irregular heartbeat”, prompting a family member to make an emergency call for an ambulance.

“The ambulance arrived within five minutes and he was taken out on a stretcher, with paramedics giving him oxygen support. It was at the hospital that it was discovered that he had some heart issues which he had not experienced before,” the source said.