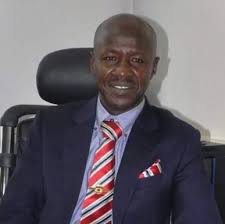 The award was bestowed on him for “doing one of the nation’s most challenging jobs in your dogged fight against corruption, working without a letter of confirmation in that acting capacity for over one year”.

This award days after he was rejected by the Nigerian Senate. Speaking at the ceremony, Magu said, “I want to dedicate this award to all Nigerians who have supported us in the fight against corruption.''