FREE Nigerian Business Directory
✅ NEW - get your business listed and your information shared across social media.
Ad
This is not the best time for the people of Iguoma in Uhunmwonde Local Government Area of Edo State following mystery deaths which have led hundreds of natives to flee their ancestral homes. Meanwhile there is a controversy on what actually is the cause of the deaths. For instance, the two warring groups in the community don’t agree on this. The tragedy, which befell the community, became public after some leaders of Iguoma, led by Pastor Joseph Ighodaro, who also is the Secretary of the community, stormed the palace of the Oba of Benin, Oba Ewuare II, last Monday, begging the Oba to revoke an alleged curse placed on the community by his father, Oba Erediauwa 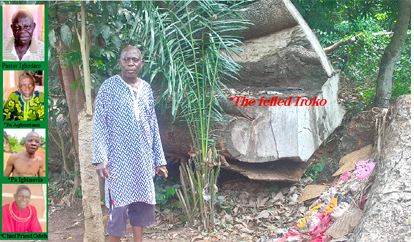