"This is to raise the political consciousness the people and have more access to information on what is happening within and outside their localities", he said. 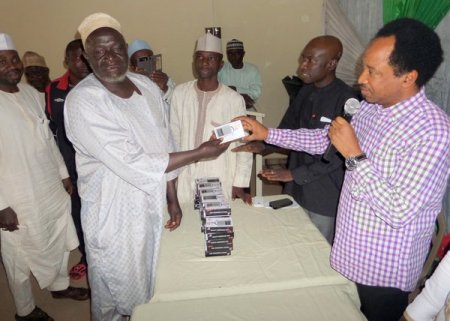 “We come from the part of the country where the major and most important source of information is the radio. “Radio is an empowerment, a form of education and enlightenment. ”It enables people to have access to information and also have an opportunity to express themselves,” he said.

According to him, radio has for decades been the only medium where people in the North get better informed. “I am sharing it to downtrodden within the cities and the rural areas so that they would be abreast with what is happening within their own locality, national and state “he said. Most Northerners are quite handsome
M

From donating camel meat to donating transistor radios, his people are really enjoying the dividends of democracy. What next is he going to donate? Maybe danshikis and fura de nunu....

Politics 9th Assembly: APC yet to learn from mistake they made with Saraki – Shehu Sani – P.M. News