Ambode, who was represented by his deputy, Dr Idiat Adebule, made this known at a special service of songs organised by the Braithwaite family in Lagos.

According to NAN, Ambode said that Braithwaite’s struggle for the emancipation of Nigerians and his daily agitation for improved living condition for the masses was commendable.

“The late Dr Braithwaite gave all his life to the betterment of the lives of the masses; on several occasions he had stood for and defended the rights of the common man. 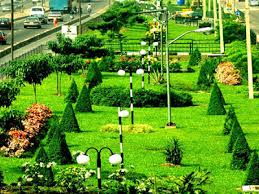 Ambode said that Braithwaite’s legal engagements in the defence of human rights, democratic norms and practice, would never be forgotten.

“His bust will soon be commissioned at the Dolphine Estate Park, so that the memory of his great contributions to politics and the struggle for a better Nigeria will linger for ever in our memory, “Ambode said.

The News Agency of Nigeria (NAN) reports that Dr Tunji Braithwaite died on March 28 in Lagos at the age of 82, during a brief illness.