For Sale - One Bedroom Executive Flat - Lagos (NGN37m)
✅ NEW - car park, swimming pool, 24 hours light/security and more.
Ad
The Chairman of the Nasarawa state Rapid Response Task Force from the Ministry of Health, Dr. Ibrahim Adamu, has confirmed the death of a male nurse at Dalhatu Araf Specialist Hospital, Lafia, who treated the index case of Lassa fever outbreak in the state.

Adamu, while disclosing this to newsmen in Lafia on Wednesday, described the death of the nurse, Oshafu Ibrahim, as a colossal loss at a time when all efforts were being made to curtail the spread of the disease in the state. 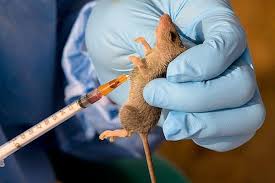 According to DailyPost, he confirmed the nurse died on Tuesday, having contracted the disease through the index case in December 2015.

The chairman said that adequate safety kits had been provided for health workers by the Federal and State governments to check the spread of the disease.