FREE Nigerian Business Directory
✅ NEW - get your business listed and your information shared across social media.
Ad
These are ten inspirational African women, their achievements inspire millions and enrich the global view of the African woman.

Africa is not the first continent that comes to mind when you hear the word Gender equality. African women do not enjoy the societal right to exercise independence and execute ideas.

African societies view women as second fiddle to the husband. They are responsible for the home and taking care of the cosmetic needs of the home.

The following African women have traveled this path. They have proved that the true root of achievement lies in the will to become the best that one can become.

The achievements of these women is an inspiration and encouragement to Africa as a whole.

“I think there’s lots of people with family connections but who are actually nowhere. If you’re hard-working and determined, you will make it, and that’s the bottom line. I don’t believe in an easy way through.” – Isabel dos Santos

Isabel Dos Santos started her first business; the Miami beach club at the age of 24. The night club was was one of the first night clubs and beach restaurant on the Luanda island in the 1990s.

Forbes puts Isabel dos Santos net worth at $3.4 Billion, which makes her the richest woman in Africa. “It’s essential to draw up a “things to do” list on a daily basis and set priorities in executing them, making sure that any unfinished task get posted to the next day’s list”. – Folorunsho Alakija

She started her career as a secretary at erstwhile merchant bank of nigeria and later moved to England to study fashion design, after which she set up supreme stitches. Supreme stitches was a fashion outfit which served the Nigerian elites.

in May 1993, Folorunsho Alakija’s Famfa oil was awarded an oil prospecting license for one of the most lucrative oil blocks in nigeria thanks to her relationship with one of he biggest clients, the first lady of nigeria at the time, Maryam Babangida.

Forbes estimates her net worth to be $2.1 Billion, this makes her the richest woman in nigeria and the second richest in Africa.

Rising from a fashion designer to a billionaire is no piece of cake, it takes dedication, intelligence and out-of-school wisdom, Folorunsho Alakija has demonstrated all these qualities and she is an inspiration to African women. “When I became finance minister, they called me Okonjo-Wahala – or ‘Trouble Woman.’ It means ‘I give you hell.’ But I don’t care what names they call me. I’m a fighter; I’m very focused on what I’m doing, and relentless in what I want to achieve, almost to a fault. If you get in my way, you get kicked”.- Ngozi Okonjo-Iweala

Ngozi Okonjo-Iweala graduated from prestigious Harvard University with a Bachelor of Arts. She earned her PhD in regional economic development from theMassachusetts Institute of Technology(MIT) in 1981 and received an International Fellowship from the American Association of University women (AAUW) that supported her doctoral studies.

Okonjo-Iweala has had a two stints with the World Bank Group, first as the vice-president and corporate secretary of the World Bank Group before her first tenure as minister of finance in nigeria and as managing director in 2007. Okonjo-Iweala was reappointed as Minister of Finance and the Coordinating Minister for the Economy by President Goodluck Jonathan fro 2011-2015.

Ngozi Okojo Iweala led the team that negotiated an $18 billion debt write-off from the Paris Club in 2005. Okonjo-Iweala also introduced the practice of publishing the monthly financial allocation to each state from the federal government in the newspapers. She played a major part innigeria obtaining its first ever sovereign credit rating (of BB minus) from Fitch and Standard & Poor’s.

Ngozi Okonjo-Iweala is the daughter of a king, but that is not her CV. The Harvard-educated economist has risen to become one of the most respected economists in the world, she is an inspiration and a pride of Africa. She has been called “the most prominent” of a “procession of critically acclaimed young anglophone authors [that] is succeeding in attracting a new generation of readers to African literature”.

“The most prominent” says it all, the author is an inspiration to all African Writers and African women. 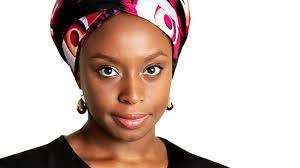 “I wish we questioned the aid model as much as we are questioning the capitalism model. Sometimes the most generous thing you can do is just say no.” ― Dambisa Moyo

Dambisa is a Zambian born international economist and author who analyze the Marco economy and global affairs.

She acquired her post graduate degree in business, public administration and economics from American university Harvard and oxford.

She’s currently serving on the board of Barclays bank, the financial group, SABMiller, the global brewer, and barrack gold. She also worked for two years at the World Bank and eight years at Goldman sach before becoming an author and international speaker.

Dambisa is an accomplished economist, she is a source of pride and inspiration to Zambia and Africa as a whole. Uzo Aduba, popularly known as “crazy eyes” is an American actress who was born in Boston, Massachusetts.

She graduated from Medfield high school in 1999, she also did attend Boston University to study classical voice and completed in track and field.

She first gained recognition for acting in 2003 and has been actively involved in television movies and short films. She also has won 4 awards as regards to the movie “orange is the new black”.

She’s a strong Nigerian woman thriving in the best movie industry in the world, she is a source of motivation and inspiration to the African movie industry. 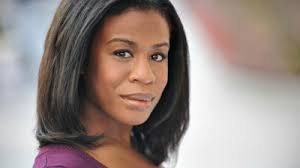 I don’t believe there is such a thing as a perfect position or a dead-end job. At every step, you learn. Life is a journey of learning.” – Mimi Alemayehou

Mimi was appointed by President George Bush as the United States Executive Director on the board of the African Development Bank (AfDB). President Barack Obama also appointed her the Executive Vice President of The Overseas Private Investment Corporation (OPIC), the development finance agency of the U.S. government. OPIC’s portfolio grew by more than 24 percent to $18 billion during Mimi Alemayehou’s tenure.

Ms. Alemayehou is credited as one of the architects of President Obama’s Power Africa initiative to increase energy access across Africa.

The Ethiopia-Born Mimi, continues to prove to the world that, there is more to Africa than poverty and foreign aids. 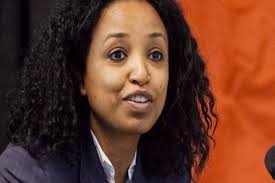 “It’s only when you risk failure that you discover things. When you play it safe, you’re not expressing the utmost of your human experience”. –Lupita Nyong’o

Lupita Nyong’o earned her bachelor degree in film and theatre studies from Hampshire College and a master degree in acting from Yale school ofdrama.

She started her film career with working as part of the production crew for many years and also doing short films.

She came to spotlight in 2014 due to her performance in her first featured movie role as Patsey in Steve McQueen 12 years a slave. Her role earned her 25 awards from 2013 to 2014.

At age 32 Lupita Nyong’o is already a well respected brand ambassador of Africa, she has remained true to her color, roots and mother Africa is proud of her. 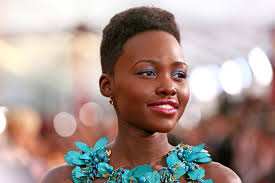 Saran Kaba Jones is a clean water advocate and social entrepreneur from Liberia.

She founded FACE Africa, a nonprofit organization that provide marginalized communities with clean and safe drinking water for thousands ofLiberians.

Sara Kaba Jones is not just making Africa proud but she is enriching the life of people in her country through her foundation. 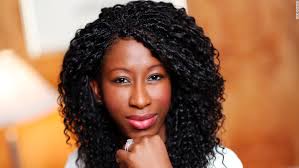 “I used to say way back that I want to become the President of Uganda”. – Proscovia Alengot Oromait

Proscovia Alengot Oromait became a member of the Ugandan Parliament at age 20, she is the youngest parliamentarian in Africa.

in 2012, Alengot Oromait decided to contest the National Resistance Movement primary elections to replace her late father. She was elected Member of Parliament for Usuk County, Katakwi District in Uganda with 54.2% of the vote

Alengot Oromait is an inspiration to her people, she has removed age from the list of possible excuses a young African woman might have