Here are the list of great players in history who became coaches at different clubs after their football career.

Plenty all-time greats on the field have tried their luck in the dugout, with varying degrees of success.

AFP Sport takes a look at some of those who have made the transition: 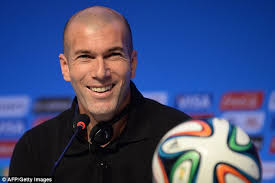 - He will not find it easy to repeat the success he enjoyed as a player as he becomes a coach at the top level for the first time with Real Madrid. 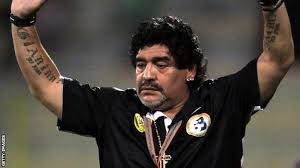 – The greatest player of his generation, and to many the greatest of them all, Maradona led Argentina to glory at the 1986 World Cup in Mexico to cap a glorious playing career in which he also turned out for Barcelona, Napoli and Boca Juniors. But his time in charge of his country was rather less successful as, after being drubbed 6-1 by Bolivia in qualifying, Argentina were knocked out of the 2010 World Cup in South Africa in the quarter-finals, suffering a humiliating 4-0 defeat to Germany. He had previously been suspended for two months by FIFA for telling members of the media to “suck it and keep on sucking it” after Argentina had secured their place at the finals. Following his departure after the World Cup, he had a stint in charge of Al Wasl in the United Arab Emirates. 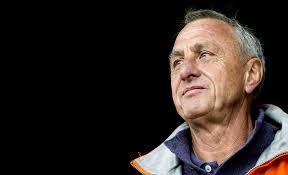 – Nobody enjoyed such success as both a player and a coach as Cruyff, the man who defined the Dutch total football era of the 1970s. Cruyff captained the Dutch team that reached the World Cup final in 1974 and won three European Cups with Ajax as well as a league title with Barcelona. He also won the Ballon d’Or three times. As a coach, he had moderate success with Ajax before taking an underachieving Barcelona into the modern era, his ‘Dream Team’ winning four straight league titles and the first European Cup in the club’s history. He retains a huge influence over those who run Ajax and Barcelona and Pep Guardiola is one of Cruyff’s disciples, starring for him as a player before becoming a great coach in his own right. 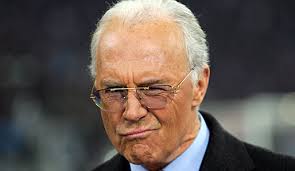 – Beckenbauer is one of just two men — the other being Brazil’s Mario Zagallo — to win the World Cup as a player and a coach. He captained West Germany to victory against Cruyff’s Netherlands at the 1974 World Cup and then coached his country to glory in Italy in 1990. He helped Bayern Munich win three successive European Cups in the 1970s but his record as a club coach left rather more to be desired. He did win a Bundesliga title with Bayern in 1994 and the UEFA Cup — against Zidane’s Bordeaux — in 1996 but he is better remembered for his upstairs role at the Bavarian giants. 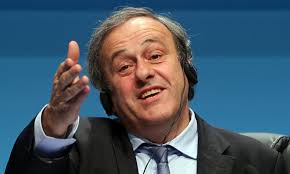 – The disgraced Platini, currently serving an eight-year ban from all footballing activities because of a payment received from FIFA president Sepp Blatter during his time as UEFA chief, was one of the great players of his generation but is not so well remembered for his time as a coach. The Frenchman was the great European player of his generation, leading Les Bleus to glory at the 1984 European Championship and winning the European Cup with Juventus along with three Ballons d’Or. But as a coach he failed to take France to the 1990 World Cup and he quit after a disappointing showing at Euro 92 in Sweden. 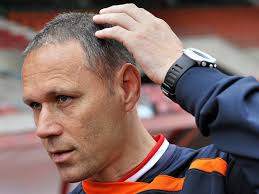 – Another three-time Ballon d’Or winner, van Basten’s playing career was glorious until it was cut short due to injury at the age of just 28. The former Ajax striker was part of the AC Milan team that dominated in Italy and Europe in the late 1980s and early 1990s but the defining moment of his career was the stunning volleyed goal he produced in the Netherlands’ 1988 European Championship final win against the Soviet Union. As coach of Holland, his side were knocked out of the 2006 World Cup in the last 16 and Euro 2008 at the quarter-final stage. Underwhelming spells with Ajax, Heerenveen and AZ Alkmaar followed before he stepped aside citing stress


In Nigeria, we have