FREE Nigerian Business Directory
✅ NEW - get your business listed and your information shared across social media.
Ad
The Economic and Financial Crimes Commission (EFCC) has recovered the sum of N10,061,172,600 from the National Broadcasting Commission(NBC) being alleged inflation of collateral funds meant for Digital Set-Top-Boxes.

The Nation gathered that the commission is set to prosecute a former Director-General of NBC, Mr. Emeka Mba and three others including the NBC’s Director of Finance, Mr. Patrick Areh, who received a curious transfer of N390million and another N20million cash gift from the contract sum.

According to EFCC’s investigation, NBC under Mba defied the Federal Government’s directive of August 7, 2015 on Treasury Single Account (TSA) to divert N15,038,400,000, out of N34,114,500,000 received from MTN for Spectrum Band Width, to finance the contract for the Digital Set-Top -Boxes. 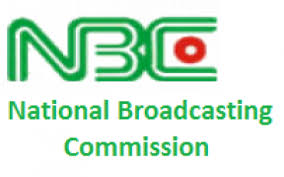 The EFCC said after a reconciliation meeting with the Ministry of Information and Zenith Bank Plc, it was “agreed that N10,061,172,600 was in excess and should be recovered by the EFCC.”