FREE Nigerian Business Directory
✅ NEW - get your business listed and your information shared across social media.
Ad
Medical doctors in Nasarawa State have embarked on an indefinite strike action over salaries.

Dr Friday Omolei, Chairman of the state chapter of the Nigerian Medical Association (NMA) and Secretary, Dr Peter Attah said at a news briefing on Friday in Lafia.

The doctors said that the strike was due to alleged government failure to correct their salaries in tandem with the Consolidated Medical Salary Structure (CONMESS). 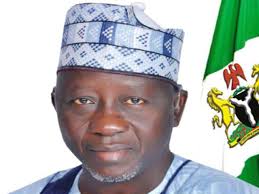 The association had issued a one-week strike notice to the state government on May 26.

Omolei said the association took the “painful” decision, as the government had failed to respond to the doctors demand since 2014.

The chairman said that the association was open to dialogue, but would not return to work until its demands are met.
You must log in or register to reply here.