The donation made to the Nigeria U-23 Olympic team is yet to be split amongst players of the team by the captain John Obi Mikel as promised. 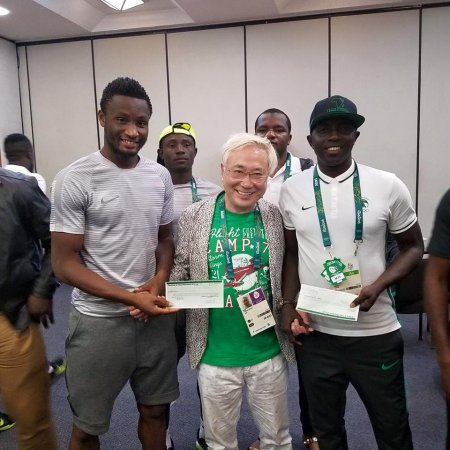 This is owing to issues beyond the control of the Chelsea star. Players of the bronze medal winning Nigeria U-23 Olympic team were given the sum of $190,000 as token for their performance at the Olympic Games by Japanese Surgeon Dr. Katsuya Takasu.

Players of the team who spoke on condition of anonymity told Vanguard that the cheque presented by the donor Dr. Takasu is yet to be cleared by Mikel.

“ Skippo (Mikel) is yet to clear the cheque, hence we are yet to receive alert but it’s fine although we are anxious to hear from him” a player of the team said.