FREE Nigerian Business Directory
✅ NEW - get your business listed and your information shared across social media.
Ad
The outgoing chairman of the Revenue Mobilisation Allocation and Fiscal Commission (RMAFC) Mr. Elias Mbam, Monday revealed that the allowances of political office holders, particularly ministers, will be slashed as part of the government’s effort to reduce the cost of governance.

He also disclosed that the commission has recovered N721 billion and remitted same to the Federation Account through the checks carried out on revenue generating agencies of government as well as the reconciliation of accounts with commercial banks used as collecting agencies. 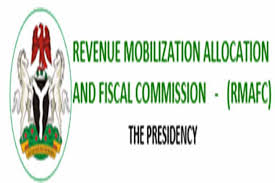 He said a larger part of the recoveries came from the Nigerian National Petroleum Corporation (NNPC), adding that another N12.6 billion was established as liabilities while over N1.8 billion was recovered and remitted to the Federation Account following the monitoring, reconciliation and remittances exercise carried out on the collecting banks engaged by the Federal Inland Revenue Service (FIRS) and Nigerian Customs Service (NCS).

The RMAFC boss also revealed that N15 billion was recovered from the reconciliation of tax liabilities of states and local government councils across the country.