For Sale - One Bedroom Executive Flat - Lagos (NGN37m)
✅ NEW - car park, swimming pool, 24 hours light/security and more.
Ad
Former head of state, General Yakubu Gowon, has revealed how 46 hours after his arrival in Nigeria in 1966 from a course in the United Kingdom, providence and insistence by junior military officers led to him reluctantly becoming the head of state at the age of 32 years old.

Speaking to LEADERSHIP Sunday ahead of his 80th birthday today, Gowon said he didn’t even want to be the head of state, but the love for his country and the confidence that his fellow officers had in him, influenced him to change his mind. He added that the decision became one of the biggest challenges in his life.

“I never had any question of being a head of state, but as it happened, I am a soldier, I love my country, and I want to do whatever I can in my profession for the country. I was out of the country and when I came back in early January from abroad and arrived home in Nigeria, within 46 hours of my arrival, there was unfortunately a coup, and all my colleagues from the same school, from the same area, were killed. I was the only one of that particular group that is alive today,” the general said. 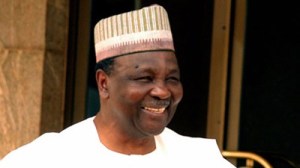 Politics What Jonathan said about Gowon at 85 – P.M. News