Over 180 million of people live in Nigeria. More than 20% of them are the Hausa. It is the largest and the most influential ethnic group in the country. Therefore, the need to collect Hausa news at a single place has appeared long ago. Welcome to the newest portal Hausa.naij.com! 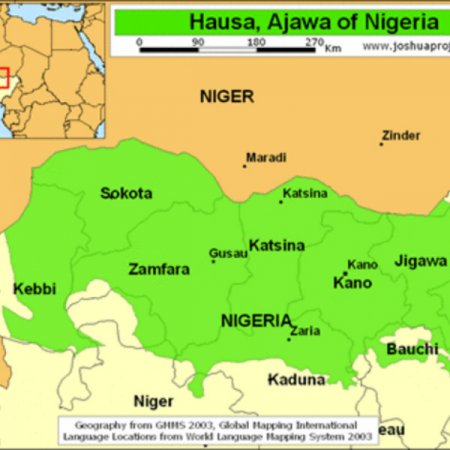 Over 34 million people speak The Hausa language as a mother tongue. Even more people in both Nigeria and other countries use it as the second language. The total quantity of Hausa-speaking people exceeds 40 million. Initially, this language stretched across the northern Nigeria. In the 21st century, it has already become generally used online. Therefore, Hausa newspaper has appeared on time on Nigerian market of online mass media. 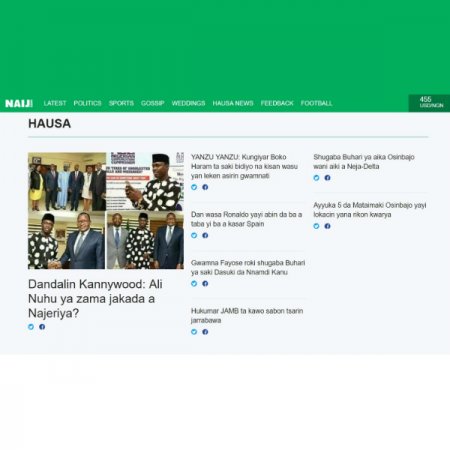 From recently all people who speak the Hausa language in Nigeria, Niger, Eritrea, Sudan Burkina Faso, Benin, Chad, Cameroon, Gabon, Ghana, Congo, CAR, Togo, and some other countries has received a great chance to read Hausa news at the single portal.

Hausa newspaper`s critical audience consists of people from 17 to 34 years. Approximately 46% of them are female, and 54% are male readers correspondingly. All of them desire to stay well-informed of all events in Nigeria and Africa as a whole. Hausa.naij.com has already become a great place for these people to get the freshest information and communicate with each other.

Every day only the most experienced editors do their best to create more than fifty high-class news for you. Owing to their vast experience, news fans in Nigeria and abroad can enjoy the proficient content in the Hausa language. Be sure that any important news from any side of economic, political, social, and cultural life in the country will not go unnoticed. That is why the everyday audience of the website has steadily been growing. Thus, above fifty thousands of visitors enter this portal daily. Every guest spends about six minutes on the site. During this time, he/she usually reads from three to four news.

The innovative Hausa news portal covers a vast audience. Totally, over 35 million of people from now have access to the latest breaking news from Nigeria and the whole world. Here everyone will find actual and up-to-date information according to own preferences. This website has been gradually becoming the only place, which gathers all the relevant and contemporary Hausa news.

The site has been developing quickly, attracting a growing number of its target audience. Hausa.naij.com has continuously been working to create new exciting features for its readers. It keeps on becoming popular among those users in Nigeria who speak the Hausa language. People already know that they can always find all the latest Hausa news at this groundbreaking online media resource.

Hope it works well for everybody and not cause trouble
N

Good for the Hausas but don't you think if everyone/all ethnics in Nigeria starts creating or launching this, wouldn't cause some stir?
A

Would it curb hunger?
A

Sponsored The biggest publisher in Nigeria NAIJ.com upgrades to Legit.ng