Metro NBS: List of States Recorded With Improved IGR in 2015

FREE Nigerian Business Directory
✅ NEW - get your business listed and your information shared across social media.
Ad
The National Bureau of Statistics, NBS, has identified the eleven states with an improved records of internal revenue in 2015.

Details of the performances of respective states showed that: 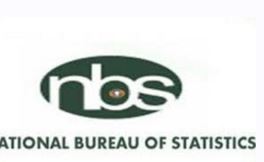 Meanwhile, overall performance of the 36 states showed that the total IGR realised for the year dropped by 3.69 per cent, from N707.86 billion in 2014 to N682.67 billion.
You must log in or register to reply here.