Nigeria was reported to have lost its spot as Africa’s biggest economy to South Africa in August 2016, following the recalculation of the country’s Gross Domestic Product. 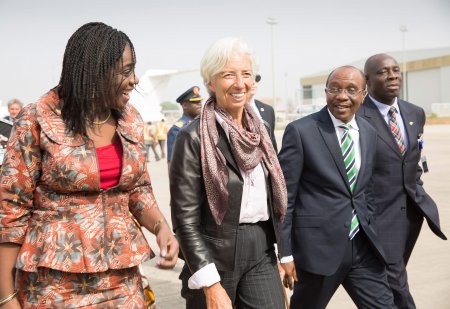 Although Egypt’s 2016 data was reported as unavailable, its 2015 size remained at 330.15 billion Dollars while that of Algeria, one of the largest economies on the continent, was put at 168.31 billion Dollars.

The forecast, revised down by 0.1% point for 2016 and 2017 relative to April, reflects a more subdued outlook for advanced economies following the June U.K. vote in favor of leaving the European Union (Brexit) and weaker-than-expected growth in the United States.

The International Monetary Fund also predicted that the Nigerian economy will grow by 0.6% in 2017, effectively lifting the country out of an officially declared recession.

Business Nigeria secures $3 billion loan to improve its power sector, but will that solve the problem – Ventures Africa