For Sale - One Bedroom Executive Flat - Lagos (NGN37m)
✅ NEW - car park, swimming pool, 24 hours light/security and more.
Ad
Strong indications have emerged that the Nigerian Air Force (NAF) will, any moment from now, sack some of its senior officers over their indictment in the $2.1 billion arms procurement scandal and other corruption related offences.

According to New Telegraph, the NAF has already compiled the list of the senior officers to be given the boot, in the coming days. 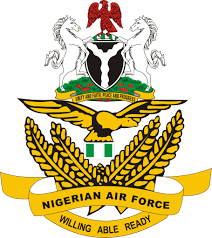 Highly placed military sources said the looming retirement will pave the way for the officers’ prosecution by the Economic and Financial Crimes Commission (EFCC), which has since been investigating some of the indicted officers.

The Air Force will be toeing the line of the Nigerian Army, which announced the sacking of about 50 officers on Saturday. Some of the officers to be eased out of service, according to a source, who pleaded anonymity, include: Air Vice Marshals (AVMs) A.M. Mamu, O.T. Oguntoyinbo, T. Omenyi, J.B. Adigun, R.A. Ojuawo, and J.A. Kayode-Beckley.