Officials in Abuja on Monday denied rumours that health workers in Nigeria would soon embark on a nationwide strike.

A visit to some health institutions in the nation’s capital, shows workers going about their normal duties.

Dr Tayo Haastrup, the Public Relations officer of the National Hospital, Abuja, said he was surprised to hear the rumour, adding that that there was nothing of such in the hospital.

Haastrup said that the hospital had no intention of embarking on any strike.

Some relatives of patients at the hospital wards, who spoke to newsmen, said their patients were attended to by the doctors and nurses accordingly.

Mr Ashiru Mohammed, who said that he had been on admission for three days, said he was being adequately attended to by the hospital workers.

Officials at the Gwagwalada Specialist Hospital Gwagwalada also denied knowledge of any planned strike and workers were seen going about their routine duties.

At the Nyaya General Hospital, a nurse, who pleaded anonymity, said that there was nothing like strike and workers were yet to receive any information about any impending strike. 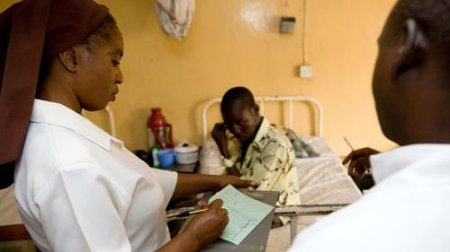