For Sale - One Bedroom Executive Flat - Lagos (NGN37m)
✅ NEW - car park, swimming pool, 24 hours light/security and more.
Ad
The Minister of Finance, Mrs Kemi Adeosun has clarified the issue of Paris Club Refunds and assure the public that the Federal Government has consistently complied with all extant rules and regulations in the disbursement of the funds to State Governments.

At the National Economic Council meeting on Thursday March 16, 2017, President Muhammadu Buhari had instructed the Minister of Finance and Central Bank Governor to commence the process of resolving the balance of the approved amount.

In a statement released on Monday, the Minister said: “The Federal Government’s disbursement process is transparent and targeted at the attainment of specific economic objectives. The inability of some sub-national governments to meet salary and other obligations was considered inconsonant with the Federal Government’s economic stimulus programme. 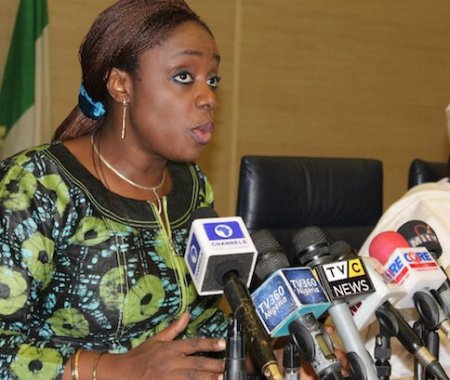 However, President Muhammadu Buhari, considering the plight of salary earners and pensioners and the need to stimulate the economy, directed that the exercise be completed within 12 months.

"In addition, Mr. President gave an express Anticipatory Approval for the release of up to 50% of the claim of each state, pending final reconciliation. That reconciliation is undertaken by the DMO, Office of the Accountant General of the Federation (OAGF) and the relevant State Governments.

Accordingly, the disbursements are staggered in batches and payments are only made when the claims of each state have been reconciled with the facts at the disposal of the Federal Government".

The Minister of Finance reaffirmed that the commitment of the administration to publish all relevant information on the Paris Club refunds.