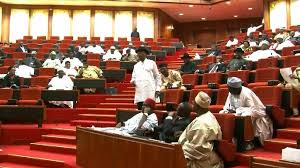 Senator Aliyu Abdullahi, Chairman, Senate Committee on Media and Public Affairs on Monday told newsmen that appointing political appointees to head government agencies was a disservice to those who have worked hard to build such agencies.

The bill titled ‘Public Service Efficiency Bill’ will be presented for first reading in June.

“Many governments that have come and gone are frustrated with what is happening in the service. Various efforts have been underway to reform the service, but some of these efforts, if you look at them clearly, are not backed by concrete legislation,''the lawmaker said.

‘’What I intend to do is that, having come from the service myself, and I have had very painful experiences, I have seen areas where frustration has set in among civil servants, leading to low morale and poor delivery of service.

‘’All these are grey areas that have been overlooked. From my experience, I have realised that until we do something about it, the service may not be able to continuously deliver on government programmes and initiatives as expected. There is also the issue of where you are given a clear mandate, but the authority lies somewhere else. You are not even having the sufficient authority to carry out your duty. This bill seeks to find solution to some of these areas.

“There is also the issue between the ministries and their parastatals and agencies. The essence of extra-ministerial agencies and parastatals is to enhance performance but what we see today is that they are constrained by the nature of service, where those in the main ministry tend to over centralise certain decisions. In the end, services are delayed unnecessarily.”