Politics Nigeria's Arms Deal: Over 90% of Nigerians Are Corrupt - Bafarawa

Two-term governor of Sokoto State, Alhaji Attahiru Bafarawa, was has stated that it would take president Muhammadu Buhari years to eliminate corruption from Nigeria.

According to Bafarawa, over 90 per cent of Nigerians are corrupt and as such it would be difficult for the current government to conquer it. 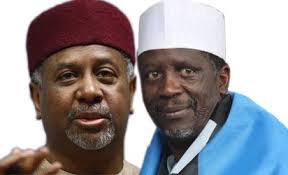 Speaking with Vanguard, Bafarawa, who was recently arrested by the Economic and financial Crimes Commsion, EFCC, over his involvement with the arms deal fund denied pocketing the N100m that was giving to him by the then National Security Adviser, Sambo Dasuki.

He said, “When I went there I was told that my invitation was in connection with the N100 million which a former minister gave to me. I accepted that he gave me the money and I gave it to those it was meant for.