Angered by an impersonator's attempt to fraudulently coax money out of her teeming fans and friends on Instagram, Nollywood actress and brand ambassador, Funke Akindele has dedicated a bit of time to reveal the identity of the impersonator and also gave him/her a piece of her mind.

"#impersonatoroflife #copyandpastemaster #nawho pls kindly report ASAP. This is just too bad. Heard there is also a fake manager of mine asking peeps to pay for the delivery of gifts they won! Pls beware! It aint me or my management. Thanks," Akindele said.

For the records, the authentic account, @funkejenifaakindele has got over 750 posts, has over 113, 000 followers and follows 761 accounts while the fake account @funkeakindele was opened two years ago and currently follows 19 accounts, has 25 posts and 10, 000 followers.
Our investigation revealed that between January through June 2014, celebrities like Uti Nwachukwu (March), Doris Simeon (January), Chika Ike (March) and Klint Da Drunk (May) have all had impersonators financially exploiting their fans and friends. 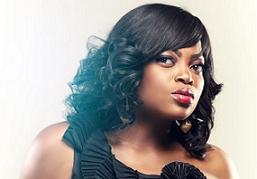