The new militant group Niger Delta Avengers (NDA) has said that ‘something big is about to happen” which will “shock the whole world”. 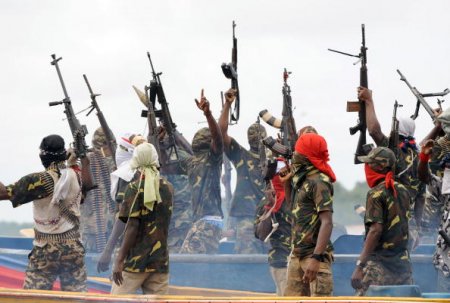 This is coming after the group blew up the Nigerian National petroleum Corporation (NNPC)’s gas and crude trunkline close to Warri which according to them was heavily guarded by the military.

The group made the statement in a series of tweets below: Jan 19, 2017
abujagirl
A
P
Metro Another Militant Group Resurfaces, Vows To Deal With Buhari For Insulting Their Elders