Curators
FREE Nigerian Business Directory
✅ NEW - get your business listed and your information shared across social media.
Ad
David Beckham and Victoria Beckham’s youngest son has been capturing the country’s attention with his musical talent, but Piers Morgan isn’t as amused. 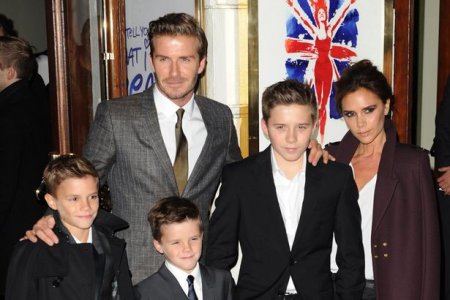 The 51-year-old British journalist sounded off on a pair of videos the couple shared of their third child, Cruz Beckham, who seems to share his posh mother’s penchant for singing.

Recently, the soccer player and fashionista posted footage of Cruz singing on their social media accounts. Morgan slammed their actions, calling the decision to share “shameless.”

“You get these celebrity parents and they bang on about protecting their kids and privacy and so on and there they are Instagramming this 11-year-old to gazillions of people trying to make him a star like Brooklyn [Beckham]’s now a photographer,” he said during an appearance on Good Morning Britain.
You must log in or register to reply here.