For Sale - One Bedroom Executive Flat - Lagos (NGN37m)
✅ NEW - car park, swimming pool, 24 hours light/security and more.
Ad
Oscar Pistorius may not be getting a longer jail term as Judge Thokozile Masipa has rejected an application by the State to appeal the initial 6-year murder sentence. 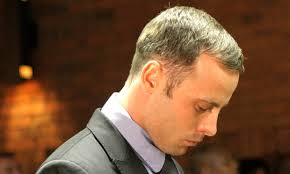 Dismissing the appeal, Judge Thokozile Masipa, said the state’s appeal to extend the six-year sentence against the 29-year-old double amputee Olympic sprinter had a limited prospect of success.

The prosecution is yet to reveal whether it will petition the Supreme Court of Appeal in Bloemfontein, to try and get a different outcome.