Metro Police Reveals Where Body of Dr. Orji Was Found 3 Days After Suicide

Curators
For Sale - One Bedroom Executive Flat - Lagos (NGN37m)
✅ NEW - car park, swimming pool, 24 hours light/security and more.
Ad
The body of the medical doctor, Allwell Orji, who jumped off the 3rd mainland bridge on Sunday evening, has been recovered. 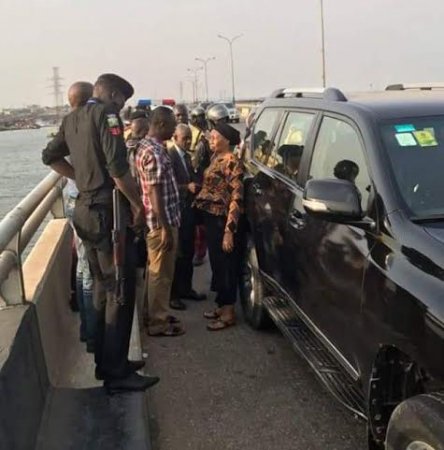 The Lagos State Commissioner of Police, Mr Fatai Owoseni, confirmed the recovery of the body on Tuesday.

He said the body was recovered by the Marine Police at the Onikan end of the lagoon.

The body was found three days after the incident occurred.

Until his death, Dr. Orji worked at the Mount Sinai Hospital in Surulere area of Lagos State, southwest Nigeria.

He was said to be on his way to Victoria Island for a meeting with the Medical and Dental Association of Nigeria when the incident happened.