The Federal Executive Council presided by President Muhammadu Buahri on Wednesday approved the Medium Term Expenditure Framework for the 2017-2019 fiscal years signalling the beginning of the 2017 budget process.

The minister said this approval kick-started the process of the 2017 budget. 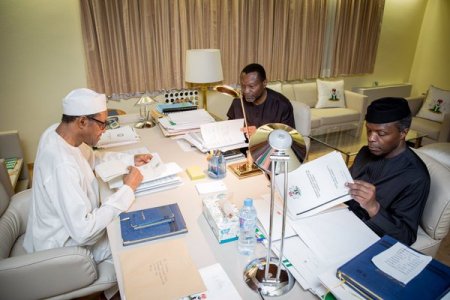 Udoma added that the government also projected a "conservative" exchange rate N290 to a dollar, with the expectation that the Naira would stabilize.

He said the government consulted widely with the private sector, governors and experts before arriving at the framework.

On the implementation of the 2016 budget, he said while the government had so fat released over N400 billion for capital expenditure, it was up to date in terms of recurrent expenditure.