Entertainment PSquare: 3 Reasons Why Breakup Rumours May Have Been a Publicity Stunt

The musical duo, PSquare have ditched their breakup plans (not as if they ever wanted to breakup). They may have convinced the rest of the world that stories of their breakup were more than just a publicity stunt but i strongly disagree. 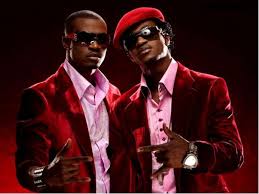 Here are 4 reasons why the PSquare breakup drama may have been a publicity stunt:

1. They've pulled that stunt before

Few years ago, around January 2013, we heard similar stories. The brothers quarreled, fought and rumors of breakup spread like wildfire. Well, you all know how that ended.

2. They know they don't have a shot at a solo career

They may not want to admit it, but they cannot succeed alone individually. We all heard the singles they released during their beef. They simply do not have the hunger and aggression it takes to be an upcoming artiste in 2015 Nigeria. They even planned to perform together at an event while allegedly fighting.

3. An album is in the works