For Sale - One Bedroom Executive Flat - Lagos (NGN37m)
✅ NEW - car park, swimming pool, 24 hours light/security and more.
Ad
Not too long ago, at the height of the popularity of the All Progressives Congress, everyone thought that the 2015 presidential election was for the party to lose. That popularity was boosted by the defection of several Peoples Democratic Party stalwarts, including former Vice-President Atiku Abubakar, a number of governors and ex-governors, and many members of the House of Representatives. Fear even gripped the PDP for a while as the APC temporarily had, or seemed to have, the majority in the House of Representatives.

However, the momentum fizzled as the APC seemed to lose focus, bickered over who gets what position, and failed to produce a manifesto to counter President Goodluck Jonathan’s Transformation Agenda. As I indicated last week, APC’s lackluster preparations for the 2015 presidential election cannot but provide a boost to Jonathan’s chances of winning re-election.

Nevertheless, a week or two could be a long time in presidential politics, not to speak of four months. Just a few days ago, the APC gained some momentum, following the declaration of former Head of State, Maj. Gen. Muhammadu Buhari (retd.), to vie for the presidency in 2015. Although three other APC aspirants, Atiku Abubakar, Kano State Governor, Alhaji Rabiu Kwankwaso, and the publisher of Leadership Newspapers, Chief Sam Nda Isaiah, have also declared their intention to vie for the same ticket, there are indications that Buhari would emerge as the party’s candidate, most likely by consensus in order to avoid a fractious primary battle. 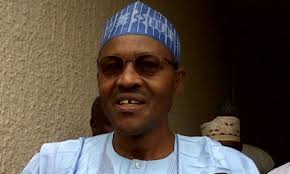