A former Rwandan minister has died in jail in Burundi nearly four months after being arrested for espionage.

The successor to Jacques Bihozagara as Rwanda's ambassador to Belgium has called the death an assassination. 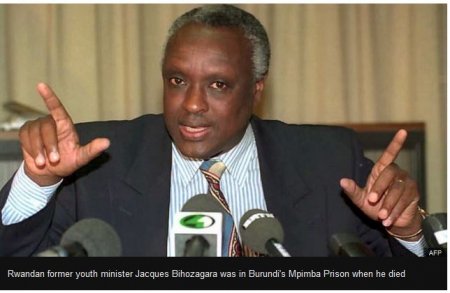 Relations between the two neighbours have been strained recently, amid claims Rwanda was backing rebels seeking to overthrow Burundi's president, something Rwanda denies.

Mr Bihozagara was dead within minutes of arriving at the prison hospital, according to fellow prisoners.