For Sale - One Bedroom Executive Flat - Lagos (NGN37m)
✅ NEW - car park, swimming pool, 24 hours light/security and more.
Ad
President of the Russian Tennis Federation Shamil Tarpischev has been fined $25,000 and banned over the comments he made about Serena and Venus Williams referring to them as: "the Williams brothers" .

During a TV chat show, Tarpischev aimed a jibe at the sisters, referring to them as being 'male'.

In addition to the fine, he equally got handed a one-year ban from any involvement in the women's tour.

However he claimed that it was only a "joke" and had no "malicious intent" when he made the comments.

"I didn't want to offend any athlete with my words. I regret that this joke has garnered so much attention. I don't think this incident deserves so much fuss" Tarpischev said in a statement.

But chief executive of Women's Tennis Association (WTA) Stacy Allaster said the comments were: "insulting, demeaning and have absolutely no place in our sport".

"Mr Tarpischev's statements questioning their genders tarnish our great game and two of our champions.

"His derogatory remarks deserve to be condemned and he will be sanctioned." 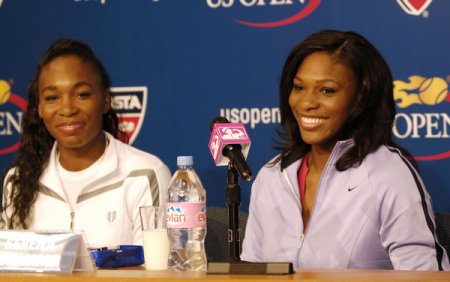 E
Sports Venus And Serena Williams To Face Each Other For A Place In The US Open Today – Stella Dimoko Korkus.com