Malam Ibrahim Shekarau, a former Minister of Education and his counterpart, Ambassador Aminu Wali yesterday reported to the Economic and Financial Crimes Commission, (EFCC), over the N950million that was allegedly shared among top members of the Peoples Democratic Party (PDP) in Kano, DailyTrust gathered.

Shekarau was reportedly arrived at the Kano zonal office of the commission around 8am, while Wali showed-up at 8:30am, according to source. 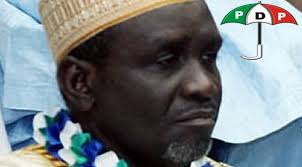 Wali was early this month invited by the EFCC regarding the N950m he had collected for the former President Goodluck Jonathan’s 2015 campaign activities.

Shekarau, a former Kano state governor on the other hand was expected to be at the commission on Tuesday only reported yesterday because he was out of Kano.
U