Rice smugglers have devised new method of importation by packaging the commodity in form of a corpse, the News Agency of Nigeria (NAN) reports. 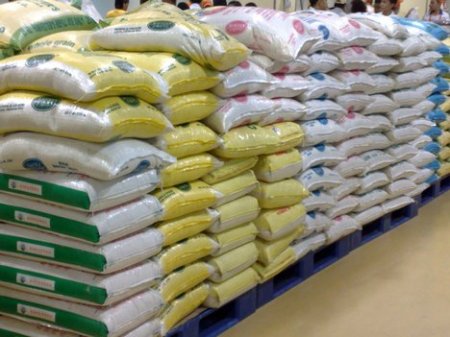 NAN reports that the smugglers now wrapped bags of rice as a corpse and smuggled them in an ambulance.

Taupyen said that the smugglers used an ambulance for their operation to deceive unsuspecting officials.

He also confirmed that one Moses Degbogbahun had been arrested over the incident.

“The smuggler concealed the smuggled bags of rice in a Volvo ambulance with Reg. No. DV 74 EKY and he was arrested along Aradagun toll gate area of Badagry.

“The mobile patrol team led by Chief Superintendent of Customs M. Ozah, noted the frequent movement of the ambulance and this aroused curiosity of the team and the vehicle was stopped for proper examination.

“During the examination, 11 bags of imported rice were discovered and they were carefully arranged and wrapped as a corpse.

“The suspect is still undergoing investigation for possible prosecution,’’ NAN quotes him as saying.

Taupyen, however, warned smugglers to desist from such habit, adding that all smuggling antics along the borders would not go undetected by its officers and men on patrol. (NAN) 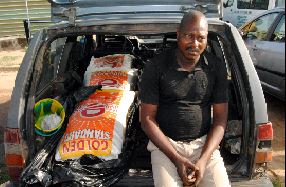