For Sale - One Bedroom Executive Flat - Lagos (NGN37m)
✅ NEW - car park, swimming pool, 24 hours light/security and more.
Ad
South Africa has fallen into recession for the first time in eight years after economic growth shrank by 0.7% between January and March, 2017.

The downturn, due to weak manufacturing and trade, follows a 0.3% fall in GDP in the final quarter last year.

It is the first time that economic has slowed for two consecutive quarters - the technical definition of a recession - since 2009.

The value of the rand fell by 1% on the currency markets. 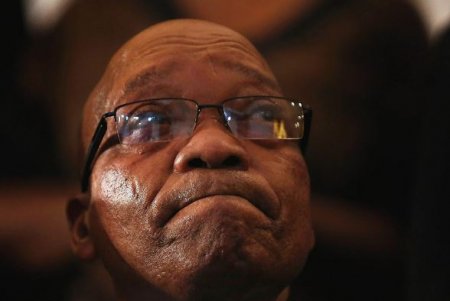 Analysts had expected GDP to grow by 0.9% during the first quarter. However, Joe de Beer, deputy director general of Statistics South Africa, said: "We can now pronounce that the economy is in recession."

He added: "The major industries that contracted in the economy were the trade and manufacturing sectors."

“In the first quarter of 2017, the nation’s GDP contracted by – 052 per cent (year on year) in real terms, representing the fifth consecutive quarter of contraction since Q 1 2016,” the NBS said in its last report.


- BBC article contributed to the story