Curators
FREE Nigerian Business Directory
✅ NEW - get your business listed and your information shared across social media.
Ad
There are indications of hostilities within the camp of militant groups in the Niger Delta region.

This was as the Niger Delta Avengers berated the Niger Delta Greenland Justice Mandate, NDGJM, for claiming responsibility for most of the attacks carried out on pipeline in the region. 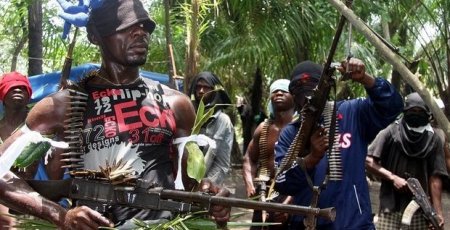 NDGJM has severally claimed responsibility for attack on pipeline installations across the oil rich region.

But Avengers spokesperson, Mudoch Agbinibo, in a series of tweets on its twitter handle @AgbinibiND, on Monday said NDGJM was making false claims.

“NDGJM, why not try your hands on major pipelines if you can. NDGJM, stop claiming responsibilities for bombings carried out by wannabes and aggrieved youths that are not part of your group.

“The Niger Delta Greenland Justice Mandate (NDGJM) has been claiming responsibility lately in the region, but I want to tell you that most of the works are not done by the group.

“You might want to ask me how I got to know about this; we are insiders and we know ourselves. Most of the claims of bombing by NDGJM are done by wannabes or aggrieved community youths.

“The Trans Forcados Pipeline is one of such jobs they claimed responsibility but was not done by NDGJM.”

NDGJM over the weekend warned the Federal Government to prepare for another onslaught on oil facilities in the region in no distant time, stressing that it would not be a part of the ceasefire declared by sister militant groups.
You must log in or register to reply here.