World Student In Prison For Insulting Zambian President On Facebook

Authorities in Zambia have arrested and locked up a student in prison for allegedly insulting President Edgar Lungu and some of his government officials on Facebook. 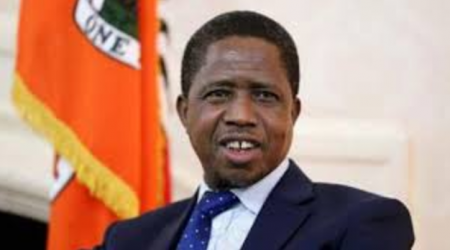 35-year-old male student of DMI St Eugene University in Lusaka identified as Edward Makayi was arrested in connection with Publication of Defamatory Statements on his Facebook page created in the name Royson Edwards M.

Confirming his arrest, Police spokesperson Esther Mwata Katongo in a statement said the suspect is a student in the School of Engineering at the said University.

The Police Spokesperson says the suspect is yet to be slapped with other charges for defaming and use of insulting language against Senior Government officials and other persons.

She further urged members of the public to desist from using social media to make bad remarks against the government.

The suspect is scheduled to appear in Court on Thursday, 27th July, 2017 for the offence of Defamation of the President which is contrary to Section 59 of Cap 87 of the Laws of Zambia.
Share:
Facebook Twitter Reddit WhatsApp Email Link
[1010]
Show hidden low quality content