The attack which occurred early on Wednesday has been linked to the deadly militant group Boko Haram.

According to Cameroon officials, the attack took place at 5:40am in a mosque at Kouyape. Ten people have been confirmed dead, including the suicide bomber. 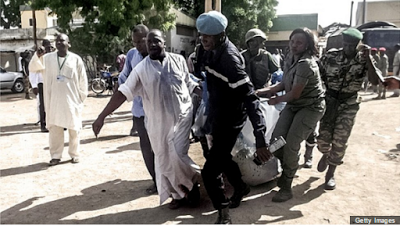