The Supreme Court sitting in Abuja today dismissed the case filed by Prince Terhemen Tarzoor, the candidate of the Peoples Democratic Party (PDP) in the last Gubernatorial election in Benue state against Governor Samuel Ortom of the All Progressives Congress (APC). 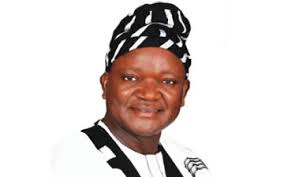 Two count charges of Governor Samuel Ortom not been qualified to contest the election as of the time the APC primaries was conducted and that of Tarzoor having the loco standi to challenge the primaries of APC both dismissed by the Apex Court.

All the seven Justices took a definite position that Ortom was validly nominated and elected.